A History of JASNA – Jane Austen in Baltimore

The following History of JASNA was presented by Rena Kelly as part of a panel discussion on 17 February, 2001.

The three founders of JASNA had been attending regularly the annual meetings of the Jane Austen Society at Chawton, England; and it was there that they met and formed the plan to found a society on this side of the Atlantic. The three founders were Joan Austen-Leigh, who lives in Canada; the late Jack Grey, who lived in NYC; and the late Henry Burke, who with his wife had for years been putting together here in Baltimore the largest collection of Austen materials outside of England.

I first heard about Henry’s activities and plans from his sister, Miriam Burke, whom I had met in the 1980s in graduate classes at Johns Hopkins University. Miriam and I were also both members of a graduate society at Hopkins, so we often saw each other. When she told me about the possibility of a J. A. meeting in NYC, I thought: “That sounds like a good reason for a weekend in NYC!” So I asked to be put on the mailing list. And I did attend the 1979 meeting.

Ever since, I have been accumulating a small archives. Three 1979 letters give the outline of the steps to that first meeting.

Here are the pertinent lines:

Since it is not always possible for Americans and Canadians to travel to Chawton, we, the undersigned, are prompted to believe that a Jane Austen Society on this side of the Atlantic with annual or biennial meetings in, for example, New York, Toronto or Los Angeles will be well received.

We are, therefore, writing to you, an acknowledged admire of J.A., in the hope that you will join us in the new Jane Austen Society of North America . . .

We are happy to announce that the response to our fledgling Jane Austen Society of North America has been most gratifying. Within the past month our letter has attracted well over one hundred members across the continent . . . Please remember that membership is open to anyone who appreciates Jane Austen. To quote Mrs. Jennings: “The more the merrier, say I.”

A third letter announced plans for the first AGM.

As with Elizabeth Bennet’s trip to the Lake District with the Gardiners, we were also destined for a last-minute alteration in plans: from the Players (their mistake andloss) to a suite at the Gramercy Park Hotel, overlooking the Park (an admirable replacement) . . .

A 4 p.m. business meeting was first on the agenda at the inaugural meeting on October 5, 1979 at Gramercy Park Hotel in NYC, and the location of the 1980 meeting was discussed. This is from a copy of the minutes:

“Suggestions were heard for next year’s meeting site and enthusiasm was expressed for San Francisco, Toronto, Boston, Baltimore, Williamsburg, Virginia, and Alton, Ontario. The matter was to be discussed by the Board of Directors at its meeting the next morning. An important factor in determining the site will be the location of a large percentage of the members. One-third now reside in the New York City area.”

Actually, the deciding factor was Henry Burke and his Collection of Jane Austen.
The Second Annual Meeting was held on October 10, 11 and 12, 1980.

Paula Strain has given me permission to share with you some of her memories of the 1980 meeting. She wrote:

“Since I joined the British Jane Austen Society as a Life Member sometime in the 1980s, I was invited to the organizational meeting of JASNA in New York City but was unable to attend. By 1980, I was living and working in the Washington area, so I did attend the 1980 JASNA Conference driving over on Saturday to attend the program at the Walters Gallery. There I saw and heard Henry Burke speak. I also attended the pre-dinner cocktail hour (which was not particularly sociable) and the banquet following . . .”

The letter also mentions the after-dinner quiz, which has now become a fixture at each AGM. In the beginning the quiz was a test of instant recall of details in the novels. In recent years, the quiz has become more like an open-book exam. When you first arrive, the quiz is included with other registration material, and you have time to research the answers.

What else happened at the Baltimore meeting? We have a short summary by J. David Grey:

. . . we omitted the showers that graced our 1979 meeting in New York. All 130 who attended this year’s JA weekend in Baltimore proclaimed it a resounding success. . . I would be exceedingly neglectful were I to begin this Message without thanking the members of our planning committee there: Elsa Solender, Harry Burke, Sally Jones, Shifra Rubin and Hilda Levyne. . .

I’ve found other reminders as well: Quality Inn in Towson was suggested as a convenient place to stay. One response from a member:

“I do hope the Quality Inn will be free from draughts and will have a proper card room – unless cards are conveniently voted unnecessary.”

Mansfield Park was chosen for the theme of the activities, and on Friday evening at Towson State University there was a reading of “Lovers’ Vows” which as you know is the play rehearsed by the “naughty” children during Sir Thomas Bertram’s absence. Before the play, we heard a piano overture by Ephraim Laor and the “Three Prayers of Jane Austen” that had been set to music by Robert Hall Lewis on commission by Henry Burke in memory of his wife, Alberta.

On Saturday at 10 a.m. a Seminar was held in the Walter’s Art Gallery Auditorium. The speakers in the morning were: Katrin Burlin, Avrom Fleischman, Gene Koppel and David Spring. The topic was “Various Approaches to Mansfield Park.”

The lively afternoon session with two speakers, Sidney Ives and Janet Todd, was far from merely academic. I can still recall the gasps of indignation when Sidney Ives uttered the shocking words that when Miss Crawford referred to “rear admirals” she was talking about sodomy in the Navy.

You’ll probably want to look that one up. So I’ll tell you that on p.60 Miss Crawford’s words are:

“Certainly, my home at my uncle’s brought me acquainted with a circle of admirals. Of Rears and Vices, I saw enough. Now do not be suspecting me of a pun, I entreat.”

Ives also brought on a sharp denial from Joan Austen-Leigh, when she heard him tell us that Jane Austen’s aunt, Mrs. Jane Leigh Perrot, might have been guilty when she was arrested for stealing lace. Although finally acquitted and set free, Mrs. Leigh-Perrot according to evidence unearthed by Mr. Ives, was indeed a “kleptomaniac who was more than once in trouble with the law.” (As I said, I can still remember the gasps in the audience, but my memories are enhanced by the summaries in Persuasions #2.)

On Saturday evening, the banquet was in the Baltimore Convention Center. Lord David Cecil sent a message of congratulations from England which was read at the banquet. Nina Auerbach spoke about Fanny Price, whom she labeled an “unyieldingly charmless heroine,” and in the first annual Tad Poll conducted by Mr. Tad Mosel, Mary Crawford received the most votes as favorite character in Mansfield Park but even Pug (Lady Bertram’s dog) received six votes.

On Sunday we returned to Towson State University, where an audio-visual presentation by George Tucker, scheduled for 10 a.m., ran into technical difficulties. It was then that I heard for the first time the account volunteered by Henry Burke to fill the waiting time about how he and his wife bought a lock of Jane Austen’s hair amid outcries from the British in the audience, deploring the fact that the Americans were to take it out of the country. Henry delighted us by quoting his wife’s words to Him: “If they want it, let them have the damn thing!” and he said, “Alberta stood up and said, “I’m the American who bought the hair and I am going to give it to you.” And she did, and it’s in the museum at Chawton now.

At noon there was a luncheon, and at 1 p.m. a chartered bus tour of Baltimore was provided for those visitors who wanted to see more of the city.

Other special events during the weekend were: the Greer Garson and Laurence Olivier film of Pride and Prejudice shown at the Mini flick Theater in Pikesville and, of course, the special exhibition at Goucher of the “World of J. A.” with selections from the Burke Collection.

Briefly, before I stop, let me give you a few statistics for the early years. For the inaugural meeting in NYC, the annual dues were $3, or two years for $5. But one member wrote: “Enclosed is my membership check. You can fill in the amount for $5, $10 or whatever.”

I don’t remember the cost for the suite I shared with two others at the Gramercy Park Hotel. But the banquet was a mere $30.

It’s also important to remember that even though Henry Burke had a committee to help with the 1980 meeting, for a number of years after that he planned and financed the meetings in Baltimore. For one of the early meetings at Evergreen House, he ordered a sheet cake at the Women’s Industrial Exchange, which is close to where his law office was located. Then he made “syllabub” using a recipe from Jane Austen’s day. I remember the large punch bowl of foamy thick liquid that I had never before heard of or tasted. In those early days, before Evergreen House became a museum, Henry got away with placing the bowl on top of the grand piano in the living room where, as a member of the Baltimore Bibliophiles, he had received permission for our group to meet. Another year, when the theater at Evergreen House was used for the presentation of the musical version of Persuasion, we found out too late that the cost of the costumes for the performers would not be covered by the amount we were charging for admission. Henry played the part of angel, paying the whole cost himself.

After a while Elsa Solender, who lived in Baltimore at that time, offered her help, and they organized a committee. Elsa became our first coordinator. Our committee meetings were usually held in Mr. Burke’s apartment or sometimes in the restaurant in the apartment building. Susan Mower, now Susan Burke, followed Elsa as coordinator.

The Alberta and Henry Burke Jane Austen Collection, part of the Goucher Library’s Special Collections & Archives, is still our most prized possession. 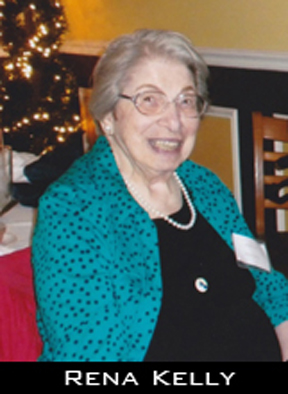 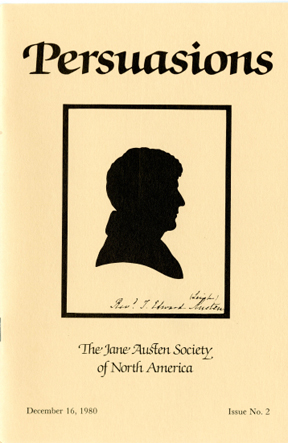 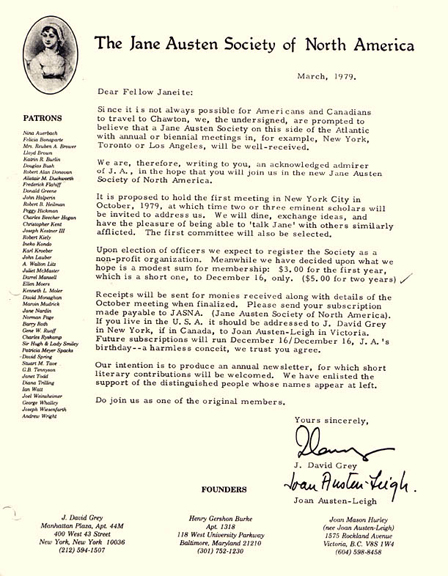 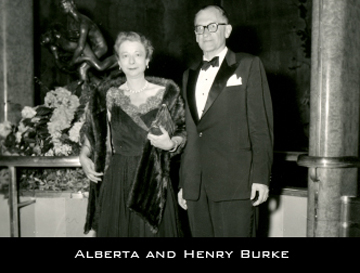 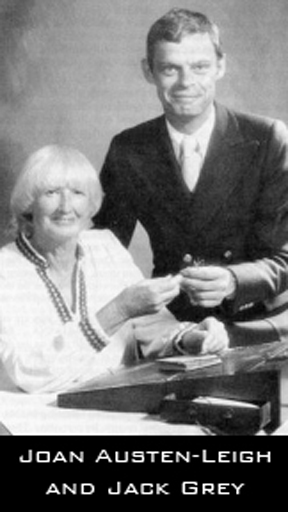